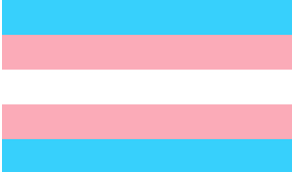 In general, most people pay little to no attention to how they refer to a specific person. Feminine, masculine, and neutral pronouns are becoming increasingly significant as members of the LGBTQ+ community expand their platforms on social media. As people begin to progress into a more accepting society, it is important to recognize the impact that using the correct pronouns has on an individual.

LGBTQ+ stands for lesbian, gay, bisexual, transgender, queer, and any other identity that deviates from heteronormativeity.  The concept of preferred pronouns pertains specifically to the transgender, nonbinary, and anybody else who deviates from the gender they were assigned at birth.

A person’s gender identity can carry extreme significance to who they are, and incorrect use of pronouns can negatively affect their mental health. Incorrect use of pronouns can lead people to feeling isolated and unaccepted, which is a very common feature of depression. According to the Human Rights Campaign Foundation, more than 60% of LGBTQ+ youth are affected by mental illnesses such as anxiety and depression.

The use of preferred pronouns allows people to feel accepted and validated in their true identity. If you purposely misidentify them, you display a lack of respect for that individual, which is harmful for anyone’s self esteem and confidence, especially to those who are new to the community.

An increasingly prominent problem that faces members of the LGBTQ+ community is creators’ desire to clarify their pronouns on social media platforms without “outting” themselves to the world, where they may receive harsh criticism and feedback.

It is helpful to public figures who struggle with gender identity when non-LGBTQ+ display their pronouns on their media accounts. This would begin to normalize, or make standard, the specification of pronouns in modern culture, creating a more inclusive world for all people.

If you are ever unsure of a person’s preferred pronouns, the best way to be respectful is to simply ask them. In order to proactively prevent pronoun assumptions, some companies, such as Starbucks Coffee Company, have taken the initiative to have their employees display their preferred pronouns on their apron.

In any social setting, respecting a person’s preferred pronouns is part of the basic standards for being a polite and responsible contributing member of society.