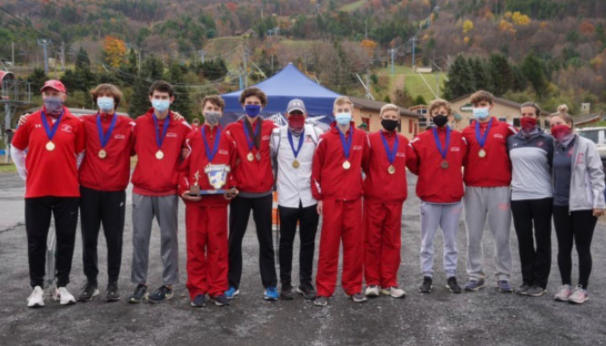 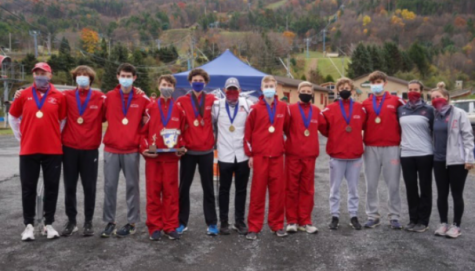 This year both the Boys and Girls Cross Country Teams went to districts at the Blue Mountain Ski Resort. The season was quite different from previous years due to the COVID-19 pandemic. In most seasons, both boys and girls compete on the same day, but this year, they challenged their opponents on different days.

On October 27th the boy’s team held their district meet, and on October 28th the girl’s team competed. Due to Pennsylvania state and CDC guidelines, spectators were limited to only two per athlete. Coach Ott described the races as being very spread out over the day. This was put in place so that runners could have enough time to leave the track fully so that there would be no overcrowding.  Although this year came with its challenges, both teams performed exceptionally.

The boy’s team placed 1st at districts and the girls finished in 3rd place. The top runners on both teams are senior Benjamin Esquieres with a time of 18 minutes 39.9 seconds and Sophomore Elena Wegner with a time of 21 minutes 46.9 seconds. This year, only the top two teams were able to compete at states, which made it even more competitive. The ending scores for each of the teams competing at districts were neck and neck. Parkland scored an 84, putting them in first, Lehigh scored an 85, and two other teams tied 3rd place with 87 points.