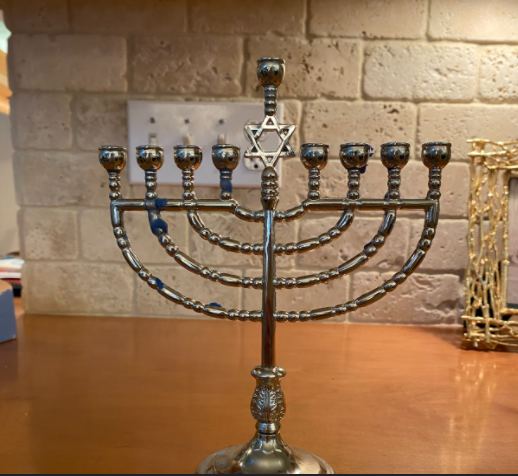 Hanukkah is a Jewish holiday that usually begins in early December and lasts 8 days. The festival was created after the Maccabees successfully revolted against their Greek rule and had to rededicate the Second Temple of Jerusalem. In order to do this however, they needed to light a menorah, which is a common symbol of Hanukkah. They only had a day’s supply to light the candle. The oil ended up lasting for 8 days while the candle burned, and Hanukkah became a celebration of this miracle.

The spinning of the dreidel, a four-sided spinning top, is one activity that is commonly used when celebrating Hanukkah. Its history can be traced back to before the Maccabean revolt, where Jewish people would pretend to be playing games with the dreidel when they were really studying torah, a religious practice that was banned by the Greek-Syrian regime. The four sides of the dreidel each have a letter of the Hebrew alphabet, and when put together it translates to: “A great miracle happened there.”

Hanukkah is usually full of family gatherings, gifts, fun, and games. One food that is eaten during the celebration are called latkes, or potato pancakes. They are fried in oil which symbolizes the miracle of the oil during the eight day rededication of the Second Temple of Jerusalem.

The holiday is also known as the festival of the lights, and has become a celebration of peoples’ Jewish heritage.