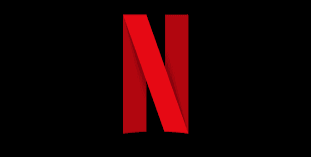 Without a doubt, Netflix has been used more and more frequently due to the COVID19 pandemic. As a result, more attention has been brought to some of its best shows and movies. Documentaries, however, have not shared the same popularity as many of Netflix’s programs. Here are some documentaries that will keep you hooked to the TV. Anyone who is a fan of British Royalty, especially now after the release of the Netflix series The Crown, will enjoy The Royal House Of Windsor. Beginning with King George V and Queen Mary, the show brings us all the way back to World War One. The series highlights the major points of the family including WW2 and the coronation of Queen Elizabeth II. Overall, it’s a great series and surely is worthwhile to watch.

An older documentary called 13th came out in 2016. The documentary highlights racial inequality at all points in history. After watching the documentary, one leaves with a better understanding of our history as well as how far we have come as a country.

Although Netflix documentaries aren’t as popular as some of their binge-worthy shows, they are definitely worth the time to watch.