Presidential Impeachment Trial is Heating Up 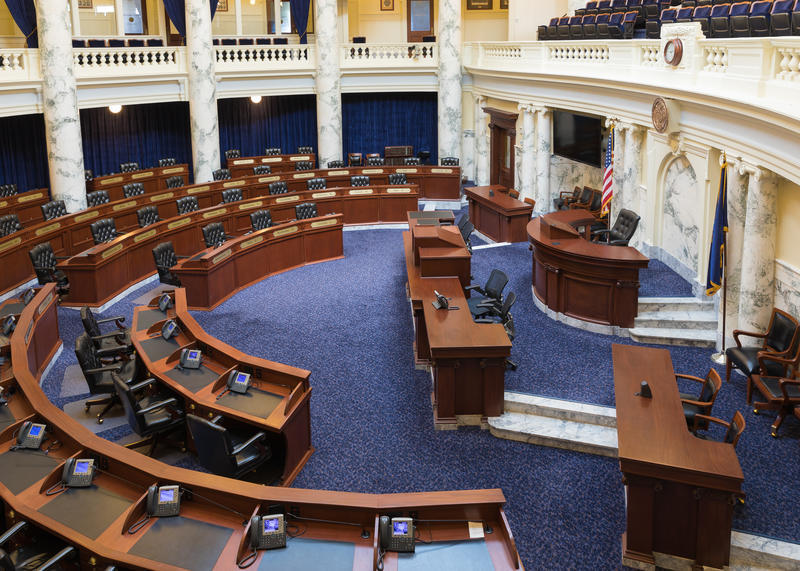 Photo from kalw.org, photo of the Senate floor with no senators present

This week, the United States will be witnessing its fourth ever impeachment trial of a US President. Former President Donald Trump will be on trial this week in the Senate after being impeached by the House of Representatives on January 13, 2021.

Following the tragic attack at the US Capitol on January 6, Democrats in the House filed a single impeachment charge against Trump, “incitement of insurrection” (4). Trump was impeached once before in 2019 on charges of abuse of power and obstruction of Congress, but was not removed by the Senate. The tone of this impeachment, however, is a bit different.

Representative Liz Cheney (R-Wyo.), daughter of Former Vice President Dick Cheney, has repeatedly voiced her support for the trial and has urged her colleagues to cut ties with the former president, saying “this is not something that we can simply look past or pretend didn’t happen or try and move on.” This condemnation did not come without consequence for her, as the Wyoming GOP attempted to censure her. Censure is a formal condemnation of a person’s actions, as reported by PBS. Cheney argued that her censure was due to wide misinformation across the Wyoming GOP, and told sources that the Republican Party as a whole must take responsibility, share correct information with their constituents, and enter this trial with an open mind, focusing only on the facts presented (1).

The bipartisan support may look good for the chance of conviction, however, many different points of view have been expressed about the trial. This past week, forty-five Republican senators voted to oppose the trial because of alleged unconstitutionality. They argued that Trump cannot be tried because he is already out of office. This argument, however, has been refuted by one hundred fifty Constitutional scholars, who signed a statement last month stating, “the Constitution’s text and structure, history, and precedent make clear that Congress’s impeachment power permits it to impeach, try, and convict former officers, including former Presidents,” (2). In 1876, Secretary of War William Belkamp resigned hours before his impeachment, but the Senate still held a full trial (3). Some argue that an acquittal will be worse than no trial at all. Others insist that simply being impeached and barred from holding office in the future is not enough. This trial has definitely brought about a diverse array of perspectives from people of all parties alike (2).

There are only three US Presidents who have ever been impeached: Johnson, Clinton, and Trump. Impeachment with removal, however, has never been done. If Trump is “removed,” this will be a landmark event in modern American history, and its impacts will be felt for centuries. If the trial ends in a conviction, the Senate will then vote to have Trump barred from holding federal office ever again, and he would also lose his post-presidency benefits, like a travel stipend and Secret Service. The trial formally began on February 9th with the House’s pretrial rebuttal brief, which followed Representative Nancy Pelosi delivering the Articles of Impeachment on February 8th (4).

An impeachment is very serious, but the trial itself is also incredibly important. The key to beginning the trial process is having the leaders of both parties sit down and decide the rules: that is, the timeline of the trial, how long each side has to present evidence, how many witnesses will be called, etc (5). Both sides of the aisle are reported to favor a speedy trial so that President Biden’s $1.9 trillion stimulus plan and his cabinet can be pushed through more quickly. Trump’s first impeachment trial lasted three weeks, and this one is expected to be shorter, reports CNN. The House’s argument is expected to hone in on Trump’s rhetoric in the “Save America” speech he gave on the morning of the Capitol attack, as well as his Tweets that day and his insistence of election fraud, and Trump’s lawyers are suspected to bring up the constitutionality argument and cite the First Amendment (5).

Trump has already had to retain new counsel, as his previous defense team chose to walk away from the case, which could come at a disadvantage for him. It indicates one of three general scenarios that could have occurred: either a) he was hard to work with, b) his proposed case is unfavorable, or c) the lawyers were poorly equipped for the task. But Senator Rand Paul forcing a vote on the constitutionality of the trial may actually indicate good news for the former President, as the number of Republican senators who voted for the trial was well below the number the Democrats need to defect and vote for Trump’s conviction (5). Though, the evidence of the trial could convince more GOP Senators to change their mind.

The meat and bones of the trial will continue unfolding this and next week, so make sure to stay connected with us here at The Trumpet for updates.