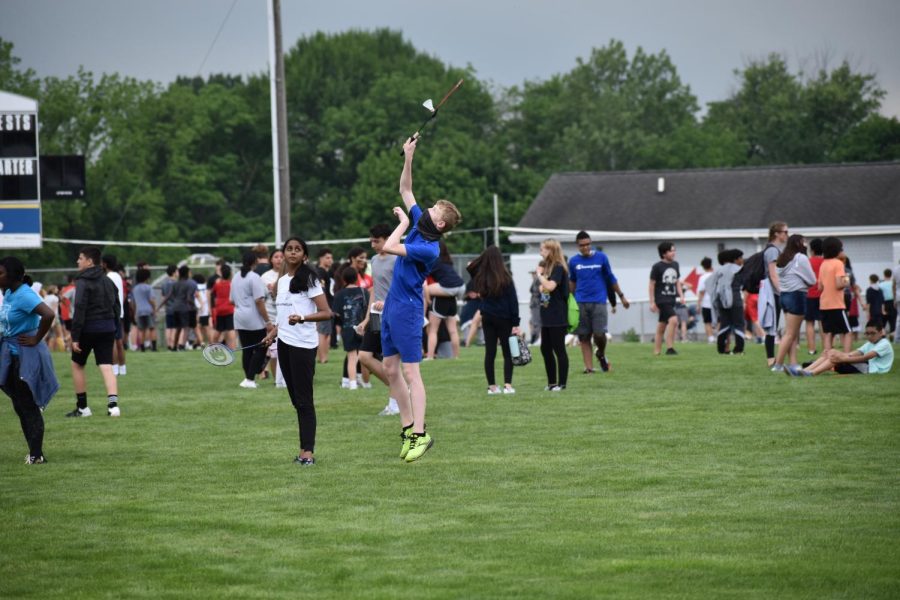 As the school year dies down, Parkland school district activities are ramping up. To celebrate the end of the school year and their journey to the high school, eighth graders from both middle schools attended a field day at Orefield football stadium.

The Trumpet staff writers Sarah George and Ryan Englebert had the opportunity to take a trip to the stadium and not only cover some of the field day, but also promote The Trumpet to incoming Freshman.

“When we got there, there was a tug-of war tournament taking place in the middle of the field. The stands were erupting as students were cheering on their classmates. It was humid and stuffy but that did not stop the eighth graders from having a good time, one-last time”.-Ryan Englebert, The Trumpet.

Both staff writers were on the gravel along with other various Parkland clubs to promote what they have to offer and give a glimpse at what high school is like. The Trumpet was set up next to the Festival of the Arts and Black student union. After the middle-schoolers had lunch, they came through the alley of Parkland clubs to see what they had to offer. Other clubs included PHS pals club, math league, student council, march for our lives, english honors society, and so many more.

While culmination day ended in some rain showers, it was “Overall a great experience for everyone and students from all schools, and Parkland staff had a good time”-Sarah George, The Trumpet